Learning from Curitiba- the transformative powers of a Mayor 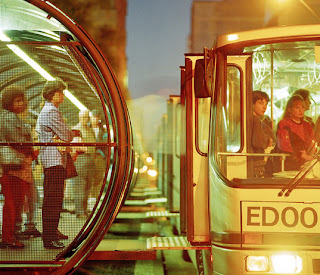 On Monday, October 18th you will be asked to choose a new Mayor for Calgary. This person, working with an elected council, will help shape the city you want to live in. So it's a big decision.

There are many candidates (15 at the time of this writing) some have dropped out of the race (like Paul Hughes and Kent Hehr) some are kind of alternative-fringe (like Oscar Fech and Bonnie Devine) some are seasoned professionals like Bob Hawkesworth, and three are now front runners - Naheed Nenshi, Barb Higgins and Ric McIver.

All this choice, and all the information that comes with it, can seem a tad overwhelming. Most candidates have their own website/platform/fancy ad campaign. But before we get into the nitty gritty of who believes what, I think we need to step back a bit and think about what a new Mayor could do for this city.

Could they be transformative?

Take for example the charismatic Mayor of Curitiba Brazil, Jaime Lerner, who almost single-handedly turned Curitiba into the model city for cost-effective sustainable public transportation. People from all over the world go to Curitiba to learn how it's done.

Of specific interest, the design of a surface bus system that works like a below surface subway. Passengers pre-pay their fare in slickly designed Plexiglas boarding tubes, waiting only 1 minute in between buses, then are whisked away to their destination via a designated bus lane. Launched almost 35 years ago (Lerner was way ahead of his time) the bus system provides service to approximately 2 million people per day and at a fraction of the cost of a subway system. This system, or something like it, has been replicated in over 80 cities worldwide. As Mayor of the city, the architect/urban planner Jaime Lerner was a key catalyst in this transformation.

There were other initiatives that Jaime and his crew brought to Curitiba including a recycling program that accepts both organic and inorganic inputs, a program offering food and bus vouchers for homeless people who help clean up the city, the promotion of mixed income neighbourhoods (fighting against the ever-present gated community model), and turning downtown shopping streets into pedestrian only areas (a 30 day trial period was so successful that neighbouring streets demanded to be part of it too). All of these ideas have shaped the city of Curitiba into an entirely new place, with the result that most citizens claim it's the best place in the world to live. 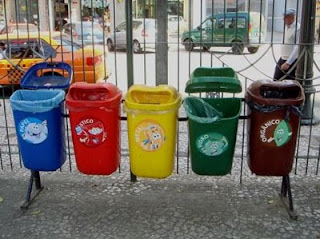 What, you ask is so special about Curitiba? No disrespect to Curitibans, but nothing really. The transformation could happen in any city. Do you need your Mayor to be an architect and urban planner? It doesn't hurt, but it's not necessary either. The most important factor is that your Mayor be genuinely concerned with improving the life of the citizens, to be innovative in their way of looking at the world, to be open minded to new ideas, and finally to be able to work collaboratively with others to make things happen. A little creativity goes a long way in politics. A Mayor should be an ideas person, a YES person, a force of positive energy.

There is no endeavour more noble than the attempt to achieve a collective dream. When a city accepts as a mandate its quality of life; when it respects the people who live in it; when it respects the environment; when it prepares for future generations, the people share the responsibility for that mandate, and this shared cause is the only way to achieve that collective dream. - Jaime Lerner

I'm guessing that you must have a list of things you would like done in the city. Is it the addition of safe commuter bike lanes or a disincentive tax on developments on the outer edge of the city? Perhaps you would like to see more work-from-home opportunities so that you don't need to use your car as much or maybe it's the development of a new form of public transportation like the Curitiba bus system. 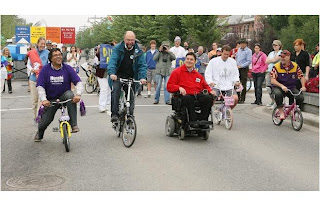 It's all in your hands.

For an all-in-one website listing all the Mayoral and Aldermanic candidates, go to calgarydemocracy.ca. There are links to individual candidate websites here as well. I really like civic camp for information on public forums and a great survey on questions you should be asking of your new Mayor. Last but not least, for straight up information on how and where to vote, go to calgary.ca/election
Posted by Maureen Hodgan at 6:41 PM 1 comment: